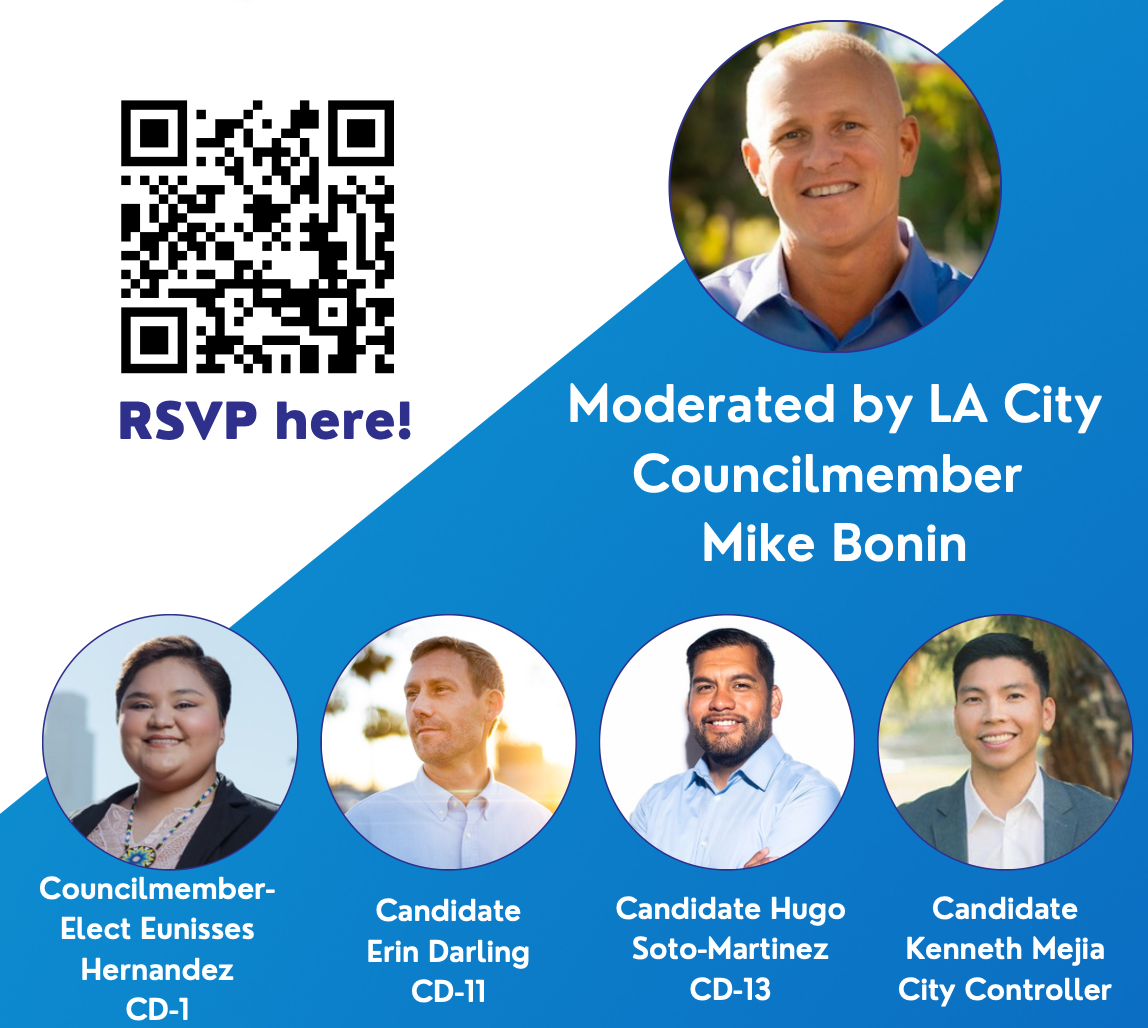 On Primary Election Night last month, early returns showed developer and Trump supporter Rick Caruso ahead in the Los Angeles mayoral race. National and statewide media spoke of “tough lessons for progressives” as they claimed progressive candidates were losing and that supposedly meant we had to moderate our messaging and platform in order to win the midterms.

A few days later, once the full election results came in, it was clear that this message was nothing but centrist spin: Progressives were winning around the city. In at least one case, a progressive candidate won outright during the primary, knocking off a longtime establishment incumbent.

Our panel will be moderated by esteemed LA Councilmember Mike Bonin, longtime friend and member of the Santa Monica Democratic Club.

In addition to this panel on progressive candidates running in Los Angeles, we will also vote to endorse in four remaining races where either our primary-endorsed candidate did not advance or we did not reach consensus when we voted:

The Membership may also consider a resolution pertaining to the rent adjustment cap of 3%, as proposed by the Rent Control Board, pending the outcome of the July 26 City Council meeting vote.